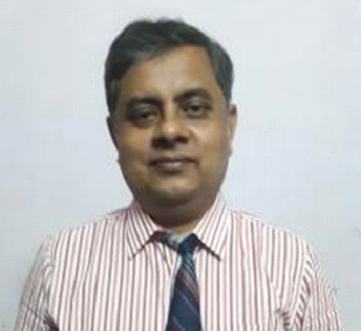 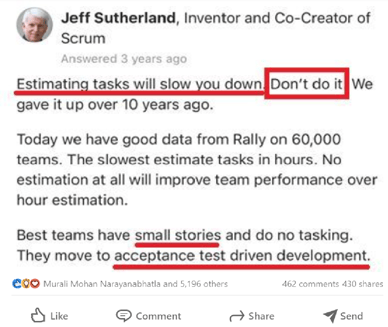 A few days ago a screenshot of the co-creator of Scrum, Jeff Sutherland's comment which says that estimating tasks slow us down, hence they stopped doing it 10 years ago, was published on LinkedIn and created quite a buzz with many even suggesting how futile it is to estimate and plan a project. If read carefully, we can find that Jeff mentioned the slowness experienced when tasks are estimated in hours. Teams create the tasks by breaking down the user stories. I would like to point out the fact that in Scrum Guide, not only Sprint planning is considered an essential event, but it also refers to forecasting based on the capacity of the team and its past performance, which is nothing but estimatin.

Scrum efficiently guides us to successfully manage the Volatile, Uncertain, Complex, and Ambiguous (VUCA) project without completely understanding the project’s requirements and environments from the beginning. Parts of the project requirements may no longer be needed after a few weeks or months of development. There also can be various changes in the requirements that may appear only after certain portions have been developed. Hence, Scrum emphasizes on the empirical process of transparency, inspection, and adaption to plan and develop a product.

In this article, I would like to describe how a VUCA project can be effectively planned in four stages.

Simply put, the above four stages will help in the step-by-step project planning and will also help to monitor and deliver results consistently.

Scrum@Scale: A Meta-Framework for Strategic Agility
The Quantifiable Added Value of Scrum
Is Your Bank Gen Z-Ready?