Micro-Interventions from a Position of Leadership 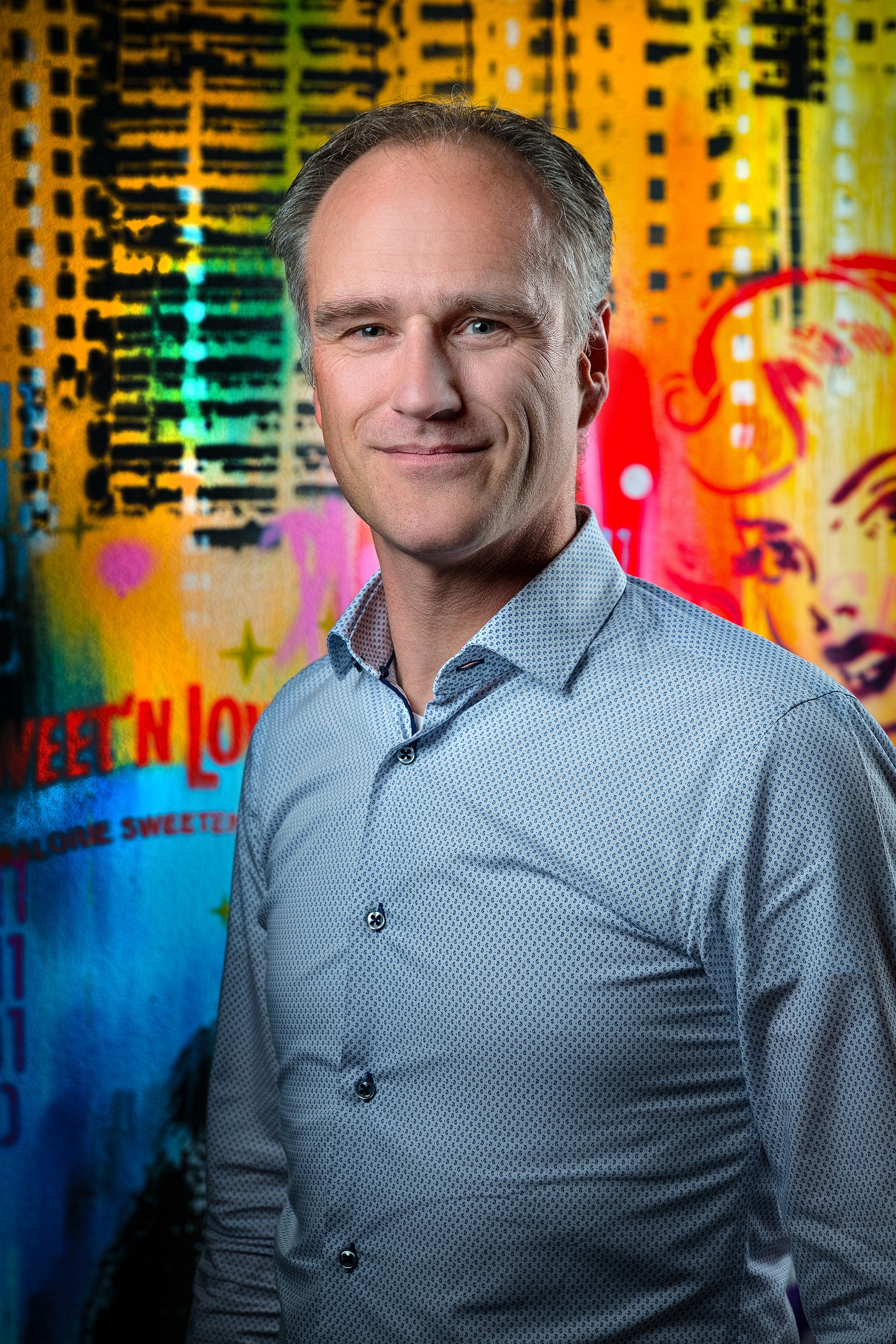 Organizational agility requires a cultural transition. Too often, transformations get stuck in the blueprints of pre-planned waves of change. In large, top-down transition projects, change implementation is mandated across the organization. This method is rarely effective and often merely establishes a limited, temporary effect. The new way of change consists of many micro-interventions from leadership that bring about a mega-change. The micro-interventions are small, powerful, and applicable at any time. These bring about a more effective organization with a culture to match. 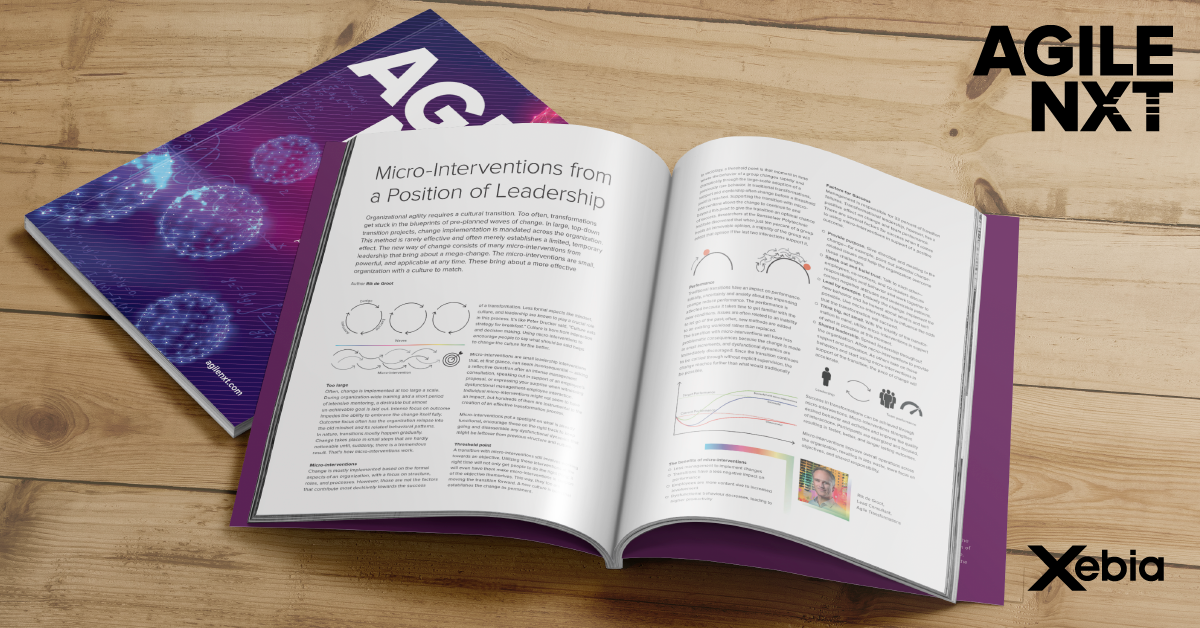 Too large
Often, change is implemented at too large a scale. During organization-wide training and a short period of intensive mentoring, a desirable but almost un-achievable goal is laid out. Intense focus on outcome impedes the ability to embrace the change itself fully. Outcome focus often has the organization relapse into the old mindset and its related behavioral patterns. In nature, transitions mostly happen gradually. Change takes place in small steps that are hardly noticeable until, suddenly, there is a tremendous result. That's how micro-interventions work.

Micro-interventions
Change is mostly implemented based on the formal aspects of an organization, with a focus on structure, roles, and processes. However, those are not the factors that contribute most decisively towards the success of a transformation. Less formal aspects like mindset, culture, and leadership are known to play a crucial role in this process. It's like Peter Drucker said, “Culture eats strategy for breakfast.” Culture is born from interaction and decision making. Using micro-interventions to encourage people to say what should be said helps to change the culture for the better.

Micro-interventions are small leadership interventions that, at first glance, can seem inconsequential — asking a reflective question after an intense management consultation, speaking out in support of an employee's proposal, or expressing your surprise when witnessing dysfunctional management-employee interaction. Individual micro-interventions might not seem to have an impact, but hundreds of them are instrumental in the creation of an effective transformation process.

Micro-interventions put a spotlight on what is already functional, encourage those on the right track to keep going and disassemble any dysfunctional dynamics that might be leftover from previous structure and culture.

In sociology, a threshold point is that moment in time where the behavior of a group changes rapidly and dramatically through the large-scale adoption of a previously rare behavior. In traditional transformations, support and mentorship often change before a threshold point is reached. Supporting the transition with micro-interventions allows the change to continue to and beyond this point to give the transition an optimal chance of success. Researchers at the Rensselaer Polytechnic Institute discovered that when just ten percent of a group holds an immovable opinion, a majority of the group will adopt that opinion if the last two interactions support it.

Performance
Traditional transitions have an impact on performance. Initially, uncertainty and anxiety about the impending change reduce performance. The performance is affected because it takes time to get familiar with the new conditions. Issues are often related to an inability to let go of the past; often, new methods are added to an existing workload rather than replaced. The transition with micro-interventions will have less problematic consequences because the change is made in small increments, and dysfunctional dynamics are immediately discouraged. Since the transition continues to be carried through without explicit supervision, the change reaches further than what would traditionally be possible.

Factors for Success
Management is responsible for 33 percent of transition failures. Transformational leadership, however, has a positive effect on change and team performance. There are several factors for success when it comes to using micro-interventions in support of a positive outcome.

Provide purpose. Give direction and meaning to the change—for example, point out potential change-related issues and help the organization overcome these challenges.

Speak out and build trust. Talk to each other— employees, co-workers, and co-leaders discuss responsibilities and behavior and work together to correct negative attitudes and undesirable patterns.

Lead by example. Embody the change. Implement the new behavior and be honest about what is and isn’t possible. Use micro-interventions to influence the odds that the transformation will succeed.

Think big, act small. With the totality of the transfor­mation in mind, utilize micro-interventions in support of what is possible at this moment.

Success in transformations can be achieved through micro-interventions. Micro-interventions strengthen desired behavior and activities and improve the quality of interactions. Participants are energized and focused, resulting in faster, better, and longer lasting outcomes.

and start your personal change tomorrow. And join us for the Future Friday, the 1 day hands-on conference to inspire you to set the next step in agile.