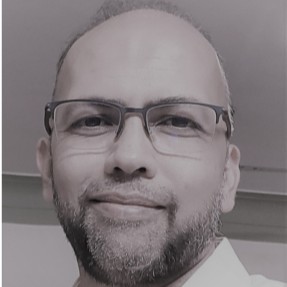 The mental model is the lens through which we see the world. These are profound assumptions that influence how we understand the world and then act. Often, we are not consciously aware of our mental models or the effects they have on our behavior. Therefore, it is important to understand them and learn a new mental model that also gives us a new way of looking at the world.

In this article, we would look at some mental models and then see how to apply them in the context of different situations involving Agile teams and organizations.

In 2002, when Elon Musk began his mission to send the first rocket to Mars, he faced a major challenge at the outset. After visiting several aerospace manufacturers around the world, he discovered that the cost of buying a rocket was astronomical. Given the high price, he began to view the problem differently.

He thought, there’s nothing more to see than first principles. What is a rocket made of? Aerospace-grade aluminium alloy, some titanium, copper, carbon fiber, and others. Then he asked what is the market value of these materials. It turned out that the material cost of a rocket was only about 2% of the regular price.

Instead of buying a finished rocket for millions of dollars, he decided to start his own company, purchase raw materials from the market at a lower cost, and build the rocket himself. And that’s how SpaceX was born.

After iterative optimization for several years, SpaceX had drastically reduced the launch price of a rocket by nearly 10x times, while still making a profit. Elon Musk used first principles thinking to break the situation down to its fundamentals, bypass industry’s high prices, and create an innovative solution.

First principles thinking is the act of boiling a process down to the most fundamental parts of being true and then building it from there.

When we use the first principles, we are deliberately forced to start over with a piece of truth. Thereby we are explicitly avoiding the potential trap of conventional wisdom, assumptions, and previous norms as all could turn out to be inaccurate.

What about first principles in Agile?

- We can look no further than the Agile Manifesto, where the Agile movement began about 21 years ago.
- The Agile Manifesto outlines four key values and 12 principles for Agile development practices. The four key values are individuals and interactions over processes and tools, working software over comprehensive documentation, customer collaboration rather than contract negotiation, and response to change rather than following a plan. The 12 principles emphasized topics such as “early and continuous delivery of valuable software”, and “continuous attention to technical excellence” among others.
- Then we have the Scrum Values: Commitment, Focus, Openness, Respect, and Courage.
- Scrum is based on empiricism and lean thinking. Empiricism states that knowledge comes from experience and makes decisions based on what is observed. Then, there are three three pillars of empiricism: Transparency, Inspection, and Adaptation.

Thinking from first principles offers a new perspective on solving a problem by separating the basic facts from any kind of assumptions. In the current landscape cluttered with plethora of frameworks and tools, it becomes even more important to train ourselves to think from first principles.

Whenever we encounter a problem or a challenging situation involving business stakeholders, change management, or team behavior, looking through the lens of the basic Agile principles helps us figure out an optimal and novel solution.

Often, when we solve a problem, we inadvertently create another one that is even worse. What is the best way to understand the long-term consequences of our decisions? How can we increase the chance that our solutions stand the test of time?

For example, take the stairs versus elevator. If you go to a particular floor by elevator, you will reach faster. Although using the stairs takes more time and effort, it does have several health benefits.

First-order thinking is quick and easy. It happens when we look for something that only solves the immediate problem without considering the consequences. Second-order thinking is more deliberate. It is thinking in terms of interaction and time, understanding that despite our intentions, our actions often cause harm.

Many organizations take the support of Agile consultants in their transition. During the transition, they work closely with the team and help them pursue enterprise agility. However, when the consultants disengage from the team, the organization and team tend to revert to older working habits.

There are many other examples of failed transformations where only the first order thinking is used and more focus is placed on doing Agile, holding ceremonies, velocity improvements, and output delivery.

Therefore, for an Agile transformation to truly stand the test of time and be sustainable in the long term, the approach must include second order thinking. This is when teams take the lead, create a culture of excellence with continuous improvement/learning mindset and are truly customer-centric.

3. Map is not the territory

‘The map is not the territory’ was originally a quote by Alfred Korzybski to highlight the fact that we often confuse models of reality with reality itself. We use them to simplify the complexity of things that are around us. Like all models, maps are an abstraction and reduction of the real world. The map is a rough representation of reality, but not the reality itself. Hence, even the best maps are imperfect. We often fail to understand this limitation.

We have seen many examples where methods, models, processes, and frameworks are used as if they are fool-proof and followed with blind faith. In the process, the principles behind them are slightly diluted.

The purpose of delivering business outcome and customer satisfaction then takes a backseat. It seems that adopting the model’s rules is more important. There is no doubt that maps have value, but that in itself is not the end objective. Real success is when rubber hits the road in the territory involving the teams, Customers, End-users, the working software and measured by business outcomes.

Charlie Munger, the business partner of Warren Buffett, often talks about an interesting story of Max Planck, a Scientist who was awarded the Nobel Prize in Physics for his work in the field of quantum mechanics.

Planck liked the idea and agreed to it. That night in Munich, chauffeur woke up and gave a long lecture on quantum mechanics with Planck sitting down in the front row donning a chauffeur cap alongside a room full of distinguished academics.

Later, a physics professor stood up and asked a question. The chauffeur then replied saying: “I never thought that someone from such a city like Munich would ask such a simple question! My chauffeur will answer it.” Max Planck then had to answer the question. Charlie Munger coins these as two types of knowledge—Real knowledge and chauffeur knowledge.

This is a critical distinction to make in the knowledge industry as organizations are always looking for the right talent to join them in pursuing high-performing teams. It is not about listing the laws, definitions, and concepts from various frameworks precisely, but more important to have practical experience in following the principles and applying them in various real business situations to help clients achieve better outcomes.

We often see that Agile is treated like a process, one where the events must be adhered to strictly, and beliefs cannot be questioned. The events have taken more precedence than the principles. In this case, they have fallen victim to the cognitive trap of the Law of the Instrument.

We have seen approaches of force fitting Agile (or a specific Framework) without understanding the context or copying a framework which has worked well in other organizations. If these are performed without having a holistic understanding of the context and environment, it often leads to failure. The organization may not be ready to adopt Agile way of working. The necessary organizational structures may not be in place, or the culture may not yet be conducive. Leadership buy-in could be missing or team’s alignment is not there yet.

The 'Boiling Frog' metaphor is based on a legend that describes a frog that is slowly boiled alive. The idea is simple: if a frog is suddenly placed in a pot of boiling water, it will jump out and save itself from imminent death. But, if the frog is placed in lukewarm water, with the temperature rising slowly, it will not observe any danger to itself and will slowly heat up leading to death.

Scrum teams are supposed to work towards achieving the Sprint Goal in every Sprint. It is a key factor to assess whether the Sprint is successful or not. Of course, occasionally, there will be cases when some teams will miss achieving their Sprint Goal.

The team may not like the situation of missing a Sprint Goal and will reassess to make improvements in the way they work based on the root cause identified. They will do their best to never miss their Sprint Goal again.

Or they may react differently.

They are fine about missing the Sprint Goal occasionally. However, if they do not see missing the Sprint goal as a problem, they might miss out on the key learnings
In the second scenario, the team has lowered its bar and has developed a tolerance for failure. Due to the new tolerance level, the team may not to take actions to prevent future failures. When corrective actions are not taken, there will be higher chances of future failures. When there are more failures in the future, they will lead to increased failure tolerance levels, and the cycle will keep repeating — This is a vicious negative cycle which continues until something is severely broken.

Therefore, we always need to watch out for situations where the principles are not truly applied, which could lead the teams to fall into the boiling frog’s trap.

We have looked at just a few mental models in the context of agility. Mental Model-based thinking requires training of the mind. Looking through the lens of a particular model can often help us better understand the problems and thus help us design creative solutions or improve decision making. For the mental models to be useful, one needs to apply them in the right context at the right time, which can be learnt with practice over a period of time.